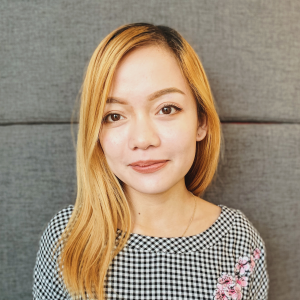 For most corporate dwellers, the digital nomad lifestyle is a dream. You’re no longer confined to a 9-to-5 job, and you don’t have to worry about rush hour traffic.

But perhaps the biggest advantage is the freedom to travel from one place to another. What better place to kickstart your globetrotting journey than in Southeast Asia?

The Digital Nomad Life: Why Travel to Southeast Asia?

Or better yet, why not Southeast Asia?

Among the different regions in the world, Southeast Asia is the most-visited location for digital nomads. According to Medium.com, 45% of digital nomads were based in Asia in 2017. The most common locations listed were Thailand and Indonesia.

Southeast Asia is on the nomad radar for a number of good reasons. The region is known for its rich culture, low cost of living, and friendly locals. A travel agent is stationed in every major city, giving digital nomads from all corners of the world the ease of travel.

Technology and internet connection are also within reach in most cities, making it easier for you to stay productive while soaking up the view. Whether you’d rather work by the sea or a charming coffee shop, there’s a Southeast Asian city for you.

Travellers have coined Chiang Mai as the Digital Nomad Capital of the World. This northern city in Thailand is renowned for its low cost of living and high quality of life. With an eclectic mix of lush green mountains, temples, and urban structure — Chiang Mai delivers a little bit of everything.

Along the trendy Nimmanhaemin Road, you’ll come across a large community of nomads. These open social network groups provide seminars, outings, and networking opportunities. If you are at the starting point of your digital nomad journey, then you would want to put Chiang Mai first on your list.

Right at the uplands of Bali, Indonesia lies Ubud. This traditional country town is one of the two top nomad destinations in the island, the other being Canggu.

Amidst the terraced rice paddies, Hindu shrines, and ancient holy sites is a sprawling community of digital nomads. You’ll find a handful of quiet co-working spaces that offer fibre-optic internet connection and great food to match. But if you prefer working alone, you can do so at the comfort of affordable apartments, guesthouses, or villas.

Fancy a food trip? George Town, Penang has a lot of choices to offer. This former British colony is now a multicultural hub and nomad haven. When you’re not exploring George Town’s vibrant streets, take out your laptop and catch up on work at the many cafes in the area.

If the streets of Penang are decorated with remnants of British architecture, then Ho Chi Minh brims with French colonial landmarks. As the most populous city in Vietnam, you’ll be pleased to find out that its people are as charming as its rich coffee culture.

You might be put off by Ho Chi Minh’s busy traffic. But you can manage by renting a place at the heart of the city and a motorbike in case they want to get around. There’s a community of international entrepreneurs in Ho Chi Minh as well. So make it a point to head out to your nearest co-workspace and start networking.

Ever dream of working by the beach? The sleepy seaside village of Canggu can make that come true. Canggu hasn’t been a digital nomad hotspot for so long. But compared to the mountainous Ubud, this village is rapidly increasing in popularity thanks to its close proximity to the beach.

After taking a break from surfing, start networking with fellow nomads and digital entrepreneurs. Wi-Fi may be slim in areas close to the beach. So in the worst case, you can always connect to mobile internet with a sim card.

Among all the cities in the Philippines, Davao is the top choice for digital nomads. It’s relatively low in terms of digital nomad population, but that’s not necessarily a bad thing. This should give you a chance to get to know the culture better and avoid falling into the “expat bubble”.

Compared to other megacities like Manila or Cebu, Davao ranks high in terms of safety. The country’s incumbent president, Rodrigo Duterte, hails from Davao. His zero tolerance for crimes (and sometimes controversial approach to criminals) has made this Southern city one of the safest places in Asia.

With cheap living costs, a growing expat community, and a wide range of co-working spaces and coffee shops — Phnom Penh is rapidly becoming the prime destination for digital nomads.

This former hub for the Khmer Empire and French colonialists is now a sprawling urban jungle. Nomads will be pleased to find that the internet is faster in Cambodia compared to other Southeast Asian destinations. Phnom Penh is a nice alternative to Bangkok, offering fewer crowds but great entertainment.

Average cost of living per month: $992

If you’re looking to take a break from the hustle and bustle of Ho Chi Minh, then you can take a short detour to the coastal city of Hoi An. With an abundance of rice paddies, vegetable gardens, and rice fields — it’s the perfect destination for those who want to experience rural life.

The digital nomad scene in Hoi An is still at its infancy, so don’t expect to see a lot of coworking spaces here. Wi-Fi is generally strong and reliable, but this will depend on the area you’re staying.

Thailand’s capital city sees millions of tourists visiting each year. For digital nomads, the combination of exotic sites, great coworking spaces, and internet availability makes Bangkok a great destination to set up base.

Transportation is easy thanks to Bangkok’s organised metro system, tuc tucs, taxis, and ride-sharing apps like Grab. Bangkok is also known for being a hub for medical tourism. So if you want to access internationally-accredited health care, then make sure you make a pit stop in Bangkok.

Approximately three hours from the Thailand-Cambodia border sits Siem Reap. Perhaps best known for the temple complex Angkor Wat, Siem Reap is also working its way to becoming a digital nomad destination. It’s very first coworking space, Angkorhub, opened in 2017. The group lets nomads connect with a mix of local and international freelancers, remote workers and entrepreneurs. It would be a great opportunity to meet local creatives and network with fellow digital nomads.

Digital nomads are always on the hunt for new cities to visit. Where you want to go and how long you want to stay is all up to you. If you’re new to the digital nomad lifestyle, then Southeast Asia is a great place to start. Hopefully, this list will be helpful for you as you begin the adventure of a lifetime.